... my thoughts turn to the men and women that I've served with and met since as Veterans.  People from varying backgrounds that had performed a wide range of tasks, everyone one of them an integral part of a big machine, carrying out their duties and responsibilities - sometimes in extremely difficult situations.

There was so much media hype last year about Veterans and the lack of thanks that they get for 'services rendered'.  It fizzled away as we all knew it would to be replaced by the usual curtain of indifference, apathy and ignorance of the plight of some of these men and women that can't fit back into civillian life ... but who can never go back to military life.  Amongst the most misunderstood are those afflicted with Post Taumatic Stress Disorder (PTSD). 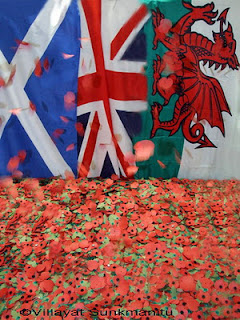 The press and other forms of media tend to sensationalise things and draw on the extreme for their articles and documentaries, the downside of which is that everyone with PTSD ends up stereo-typed as the person depicted in the aricle being viewed or read.  When one considers the social stigma still connected with the term 'mental health' and the ingredient of PTSD is added into the pot, what's stirred up and served is a discriminatory barrier that affects every aspect of the afflicted person's life; jobs, family, friendships, intimate relationships, medical care and just about every other area of human interaction that you can think of.

The result of this distancing and misunderstanding results in isolation.  Isolation isn't good for anyone and I draw a distinction between those that prefer solitude.  Solitude is sought where as isolation, in my mind, is something that is put upon someone without giving them a say in the situation.  In this scenario the isolation that results from sensationalism is something associated with fear.  Fear of the unknown.

If you're in a relationship or a friendship with a Veteran, and they have a bad episode with their PTSD, the chances are that you will already know that giving them their space is the best thing to do.  Never push them emotionally or threaten them with violence.  Talk calmly and respectfully and walk away ... without closing the door on them. Let them know that you're still there for them and give them their space.  They'll come back and talk to you when they can - if they want to ... it might be in an hour, a day, a month, a year or longer.  It will depend on the severity of the their reaction to what happened ... and on the context of your interaction with them.

The world of the military is 'Black & White', most Veterans with PTSD live the same way.  It's the only way they know how to be, the only way they can cope.  The 'Grey' that exists in civillian worlds isn't understood or respected.  Mind games are never tolerated, direct and open communication are valued.  If you remember these simple rules, you hopefully won't have a problem if you're ever in a situation with anyone afflicted by PTSD.  If you find yourself in an unpleasant situation, leave 'gently' and allow things to calm down before returning to them.

If you work for a company or organisation, remember that Veterans may not be perfect, but when 'debriefing' yourself about an incident involving a Veteran or any person suffering with PTSD (or any other health condition), ask yourself what you could have done differently to avoid an inflamed situation?  One key reason for problems will be organisations or companies acting either dishonourably or unprofessionally.  Listening but failing to 'hear' the message and take appropriate action comes under the heading of 'unprofessional'.

Military personnel are professionals when at work.  They can operate under extreme circumstances. They will recognise inappropriate or unfair behaviour in your organisation if subjected to it.  If your company does something unfair towards such a person, the chances are that there will be a reaction from the Veteran.  The counter reaction of the average company operative is to terminate the phone call or withdraw in person when a situation turns ugly.  This will serve to trigger the worst symptoms of PTSD in any individual and then consequence could be dire.  By default, all companies and organisations should be polite, helpful and respectful of the needs of ALL their customers or users.

Spare a thought for your Veterans.  Most of them aren't 'war mongers', they did a difficult job and some of them served in arenas where your safety was threatened.  Above all remember that troops go where they are ordered ... military service doesn't operate on democracy.  Remember also that many of them may be 'home' but are lost and adrift, still trying to make sense of their experiences. 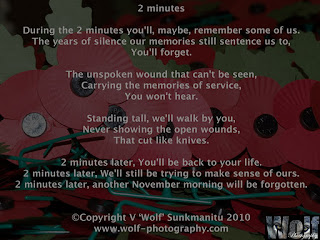 I'd like to convey my thanks and respect to those of you that are or have provided care and support for Veterans over the years and have looked beyond the stereo-type; especially towards those that are our friends, relatives or partners.  You're a very important part of our lives.

Thanks for taking the time to read this article.