The good thing about the summer months (hopefully) is the extra light, coupled with the abundance of outdoor festivals, activities and demonstrations.

What are you going to go after?  Airshows?  Enactments?  Music?

This post is relevant to moving subjects that we want to capture dead - that is to say without any unintentional blurring of the subject.

Aperture setting
In order to do this we have to bring in as much light as possible to the camera to enable a good shutter speed ... but we still need to control the depth of field - depending on the type of shot that we're trying to compose. 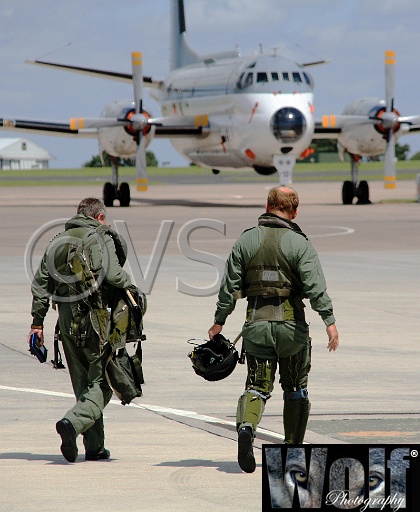 In the shot below I wanted as much of the composition in focus as possible from front to back.  So I used a high F stop.

Shutter Speed
This bit's easier on the way I shoot at events with movement.  Basically, you want to squeeze as higher a shutter speed out of your camera as possible without it affecting the quality of the shot.

So you can imagine that at an airshow, some of the subjects are going to be flying past you at quite a rate of knots and you have to be able to stop the action 'dead' ... and the shot has to be perfectly in focus.

On a sunny day this isn't a problem (make sure that you're always shooting with the sun behind you).  Less bright days and cloudy conditions can present a problem.  You need to be able to get 1/125 sec as a bare minimum for a jet fighter ... a lot more though if you want to capture something like a Tornado screaming by (as below). 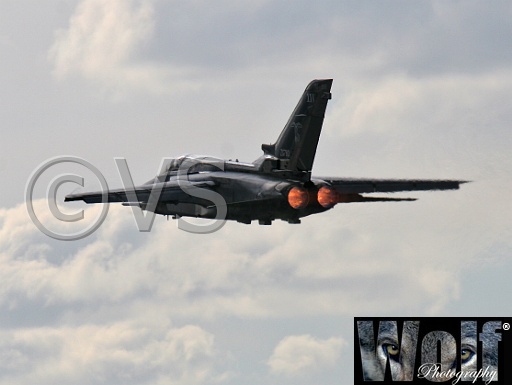 ISO (film speed)
ISO can be a tricky one.  The higher the number the more chance you have of a grainy texture appearing in shadowed areas (or areas of lower light) in your shot.


Shooting mode
When you consider the different elements of composing a shot (as described above) and then add the final element - focusing - that's a lot to do in a split second when you're photographing fast moving objects.

Some people shoot in 'Shutter Priority', some in 'Aperture Priority', while others may choose other methods.  It's a personal preference.  Find the mode that suits you and practise!  My preference is 'Aperture Priority' as it allows me to bring in more light and have control over the artistic considerations of the composition.


Panning
Panning is where you follow a subject as it moves across you.  The object is to keep the subject in focus but to blur the background.  To achieve this you must lower your Shutter Speed and move your torso with the subject - keeping your lens locked on to the target. 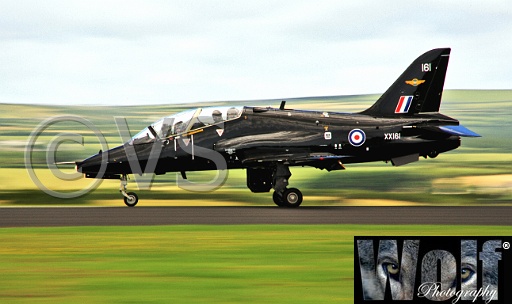 One other consideration, particularly relevant for airshows, is to ensure that you use a slower shutter speed for aircraft using propeller engines.  If the shutter speed's too high, it doesn't look right.  If you can manage to get it right, it adds to the feel of movement (as below). 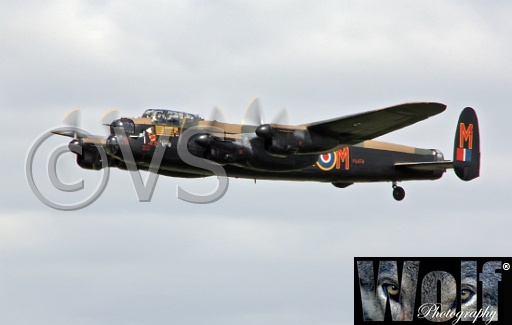 Good luck with your shooting!