Ever done anything daft while abroad and had that moment of clarity just before the act?

I did that the other day with steak tartare.  I thought I was ordering a steak with tartare sauce, with chips and a green salad.  The waiter turns up with a plate that had a lump of raw meat on it together with two side plates - one containing thin crisps and the other the green salad.

I've had to eat some things that I didn't like the look of before so I thought 'sod it' and tucked in.  Stephane - a photographer friend on the outskirts of Paris - would later tell me that the meat was raw.  I'm glad to say that two days of squitting through the eye of a needle have finally stopped.

Yesterday I photographed more of the touristy type of locations in Paris and then met up with Stephane.  He works for an NGO in Paris that raises awareness on the issues of AIDS.

Today there is a gay pride march in Paris, so I'm hoping to get some colourful, vibrant people shots there.

Wolf
Posted by Villayat at 10:14 Links to this post

It has a certain charm to it.  Some of the architecture is beautiful and, culturally, Paris seems to be more integrated with other parts of the world at a more basic level than London.

If you're heading out this way, get a travel pass from the tourist information desk at the airport before you leave. It covers you for all your buses, trains and metro travels around the city - make sure you get the right zones covered. Stock up on water locally before you head out for the day. 23cents local or around 2 Euros in the street of Paris central.

I used www.homestaybooking.com to find a room with a family.  Basically you get a cheaper room than a hotel and local knowledge.

You'll get the usual hawkers around all of the sites of interest, particularly the Eiffel Tower.  Don't be afraid to ignore them and keep on walking.

A lot of the eating places have free WiFi, so you can catch up on messages while you eat.

Don't forget to pick up a travel map with your ticket.  If you've used the London underground, you'll be fine with the Metro.

Wolf
Posted by Villayat at 09:30 Links to this post

Artists Bill of Rights for all Creative People...

I've complained about this issue over the years - so many organisations (including the BBC and National Geographic) exploit artisic work through competitions and then assume full rights.  It's their way of accumulating vast quaintities of written or image work (amongst others) without having to pay the creators anything.

So what are we doing about it?

Young people and those starting off in their creative careers need to know that by entering such competitions they're actually killing the industry that they're involved with.  Is there any point in getting your name known in your chosen profession if the act kills off your trade by the time your name is known?

If you have created something and someone wants it - get them to pay you for it - never give them it for free.

Now you can do more.  Got to http://artists-bill-of-rights.org/ and get involved in whatever way you can.  Get your friends, supporters and colleagues involved too.

Wolf
Posted by Villayat at 23:32 Links to this post

Email ThisBlogThis!Share to TwitterShare to FacebookShare to Pinterest
Labels: Artists Bill of Rights for Creative People

Yet another competition killing photography as a profession ...

Entrants will retain copyright for their photos. However, by submitting a photo to the competition entrants are granting a worldwide, irrevocable, perpetual licence for their entries to be edited, published, reproduced and used by Fight for Sight and Park Plaza London hotels for any purpose, free of charge. They are also agreeing to their name, geographic location, photo and photo description being published in the My View of London online gallery and, if shortlisted, to be exhibited as part of the My View of London photo exhibition at the Park Plaza Victoria London. All prints of photos so exhibited will remain the property of Fight for Sight and Park Plaza London hotels.

In plain english - this means that you're giving them your images for nothing so that they don't have to pay photographers for thier work.


Entrants warrant that they own the copyright for photographs submitted and that photographs are their original work. Submissions must not have been published elsewhere or submitted to any other photographic competition, including the 2010 My View of London competition. Entrants are responsible for ensuring that permission of the subject of their images has been sought and that the images do not infringe the rights of any third party. Entrants must not have breached any law when taking their photographs.

This bit is to protect the competition organisers from any legal fallout in case the image is stolen or breaches copyright in order to protect what is now their asset.

Support freelance photographers ... DO NOT take part in competitions like this and never give your images away for free.  Always read the small print.  These styles of competitions collate free images and build up image banks.  Think smart - say 'No!'

Please raise your objections and support freelance photographers - they're trying to earn a living too - comment on:  http://www.myviewoflondon.org.uk/2011/06/strong-support/comment-page-1/#comment-376


Thanks for reading this and hope you're going to help,
Wolf
Posted by Villayat at 21:07 Links to this post

Email ThisBlogThis!Share to TwitterShare to FacebookShare to Pinterest
Labels: immoral ways of collecting images, killing photography as a profession, My View of London 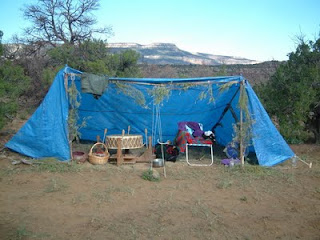 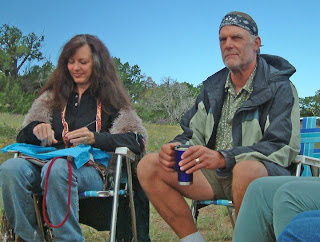 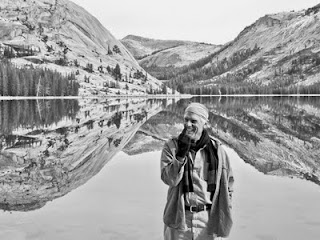 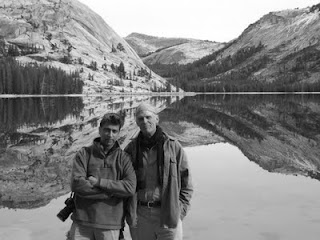 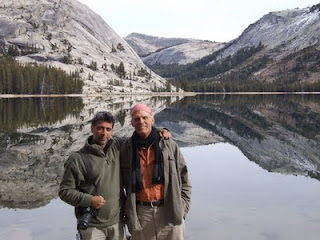 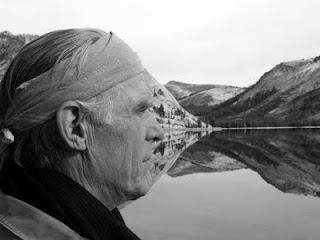 Lee finished his journey with us on 5 June 2011, having been taken by cancer.
It seems surreal to hear about Lee today and to receive a text telling me that my birth father is hospital, having suffered a heart attack, in the same day.  I'll remember my father for his absence and rejection, while I remember Lee for his gentle humour and loving friendship ... and for letting me see what it's like to sit with a father for a time.
Wolf
﻿
Posted by Villayat at 17:26 Links to this post

I went away for a long weekend to visit Alessandro, Sandra and her short term (no rent paying) tenant - Gian Luka. 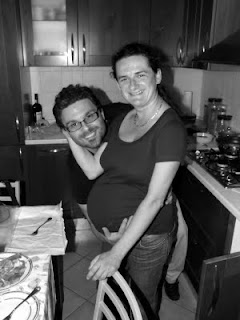 It was a lovely trip that was full of companionship, good food, good wine, laughs, other forms of Italian culture and good scenery ... and even some salsa!

Sandra was nearing delivery time while I was there but Gian Luka came out and made his first appearance yesterday at 16:06 hrs.  Mother baby and papa are fine.

A new breath,
A new life.
The warm embrace of a new mother,
Tears of a new loving father.
The circle of love widens.
Welcome Gian Luka.