The wonder of spring...

How can a season have such an effect on me?

It's the energy and vibrance that the other creatures bring to it, together with all the flora, fauna and all manner of other beings/entities.

I've been photographing wildlife in Wollaton Park for a couple of hours a day over a period of 4 days and it's been amazing.

Sunlight always helps the process anyway but Monday had a definite - different - vibe.  Spring wasn't here just because my daffodils have come up or because some words and numbers on a calendar say so.  It was here because I could feel it in the air.  So could the other creatures I was watching.  There was a definite move towards their various mating rituals.

I've witnessed swans mating and photographed the courtship dance of a pair Great Crested Grebes.  I've also photographed a pair of Herons mating on their nest, as well as a pair of Coots. 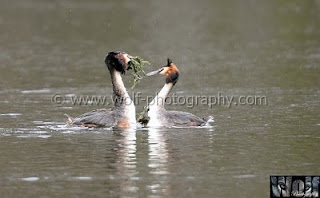 The most difficult thing to photograph has been the rivalry amongst the Coots.  I have to admit to not being sure exactly what I was witnessing with the Coots as the males and females look the same to me.  I wasn't sure if male birds had harems and kept other males away or whether they just attacked other Coots for the hell of it ... but it made for some dramatic photos.  I hope I can get more of them in better light! 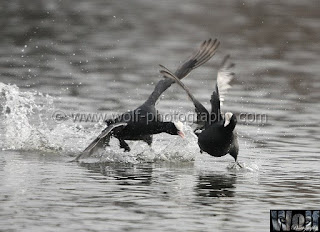 The Red Deer made another appearance in the water, this time at the other end of the lake, to the delight of the public.  Knowing they go through water and seeing them do it are two different things.  It still surprises me how gracefully they move in water too, especially with those impressive antlers! 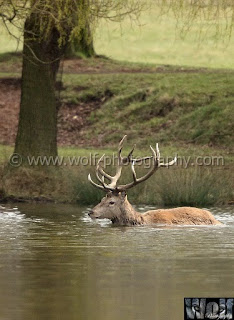 The female Heron has been buildling her nest together with her male.  He keeps flying to the sides of the lake and coming back with long twigs and, sometimes, branches and then gives her a hand to work them into the nest structure.  The nest is a fair size now.  She allowed him to mate with her on Friday, so fingers crossed for them. 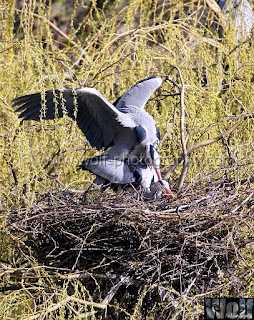 I feel very lucky to have been able to witness these sights and hope that you'll venture out and see them for yourselves.