Why don't Veterans with PTSD get the help they are owed?

It's a question that I ask myself everyday whenever I think about people that I know who are going through the mill.

There are many reasons, so I'm going to try to explain some of them and maybe help shed some light on what happens to the Veteran. These words are based on my experiences and don't necessarily apply to other veterans, but, there may be some similar issues.

Seeking help for a mental health condition is one of the hardest things that I have ever done in my life.  I did it not long after my son was born.  I knew that something was wrong with me and that it was related to Northern Ireland but I was afraid to voice my feelings about the issue ... and that was a closet that I definitely didn't want to step into.  After discharge from the RAF I'd been left on my own.  I wasn't screened for PTSD and wasn't told about the condition.  With hindsight I find this strange as, apart from some of the incidents I was involved in, some of the people that I'd been working with knew that I nearly blew my brains out about a week before leaving Northern Ireland.  The only thing that saved me was having an 'out of body experience' ...

It was dark, about 0300 hours,  All was silent.  The human world had clocked off and gone to sleep ... making way for the creatures of the night.  A barn owl ghosted across below me, flying left to right.  Then it happened ... it was as if I was pulled out of my body  - very quickly and violently.  I remember shouting 'What the fuck ... !'  Then I was mesmerised.  There was a guy sat where I should be sitting.  He was dressed in combats and had his sub machine gun in front of him.  His right hand moved down and undid the flap of his pistol holster.  He pulled out the pistol and cocked it.  His head didn't move  Apart from the movements of his hand, his body was still ... rigid.  He pointed the pistol at his temple and moved it toward his skull ... agonisingly slowly ... his finger curling aound the trigger at the same time.

As the cold steel of the muzzle touched his temple I felt the same on my temple and suddenly realised that I was watching myself!  I moved the pistol away, pulled out the magazine and ejected the round, making the weapon safe ... then I put the magazine back into the pistol and holstered it.  My hands started to shake ... like afer the other times I'd been involved in an incident.

As the first rays of light filtered through the cloudy morning sky, I locked my emotions away again.  I told my oppo about it and he told my Sergeant.  With hindsight, I reckon nothing was done in any official capacity as I was getting ready to join the civvy police ... or was that just the policy for us in those days?  Only do something if you really have to?

I guess releasing the poetry book has made me feel more vulnerable but it's also opened a door that's making me write about the things I went through.  There are veterans that have been through much worse than my experiences and they're walking around like injured beings ... wary ... not trusting of human society.  Sheltering up where they can.  Surpressing their feelings and not tusting anyone with them ... not even themselves.

The system never gave me help.  I had to go and find it.  I left Northern Ireland, physically, in 1985.  Mentally it will always be with me.  It took 10 years before I was given any help or support.  When I look back over that journey. I realise I was kept ignorant of the condition ... and I do mean kept ignorant, I remember the many people that said  that they thought something was wrong with me and that it was tied in with the 2 years I did there ... police officers that trained me in the Met, police supervisors that wrote reports on me, doctors that had seen me.  Yet none of them had taken that first formal step to refer me for help.

Can you imagine what it's like to sit in front of a stranger and to open up those scars of everything that I've been through in order to get some help?  It's hard enough doing it when you're sat with a competent mental health practitioner.  Imagine how hard it is when sat with some muppet that clearly doesn't know how to interview people?  The basic interview skills are missing, he hasn't had the courtesy to read all the reports that were sent up weeks before the intial interview and is now trying to open up all my scars in another one hour interview where he will assess whether or not I will get any help.  He'll never know how close he came to becoming a red spot on the wall of his little office that day.  I can't remember his name or his face now.  He ceased to exist after the formal complaint was made and they referred me to someone experienced in PTSD in Veterans and police personnel.

I've been in Nottingham for over 2 years now.  I know what treatment works for me and that meds aren't the answer.  They're frightening.    When I was serving in the Metropolitan police in 1987, my GP there tried me with something; they were small greenie blue pills.  I tried a couple and they interfered with my alert state, so I binned them.  I've seen what they've done to other veterans since.  Some of them are so much worse off as a result.  Nottingham has yet to provide me with adequate care, even though I have a war pension and the appropriate paperwork that says I am supposed to be a priority patient.  I have been paying for my own weekly counselling for nearly two years now.

There's been some serious maladministration on the side of the GP's surgery too.  Their answer is that they work with what their given (meaning their admin staff and systems).  That difference in the work ethic doesn't help my cause, epecially as I've managed high pressured work offices since leaving the RAF and taken the responsibility to rectify any errors to do with maladministration and then setup systems to ensure that the same errors were never repeated.  What's the result of their maladministration?  Last year my treatment with 'Combat Stress' was delayed for 5 months - nearly half a year.   This year they haven't entered communication with my counsellor who, while not employed by the NHS, has to take the responsibility of co-ordinating communication between the GP and mental health services.  I had to insist that the GP copy him into any communication (especially as I'd signed a form of authority to facilitate this) as he seemed to be the only one that was telling me what was going on and wanted some clear continuation of care for me as his organisation can only treat me for 2 years at a time.

Our battles as Veterans never end.  Once we have been awarded a war pension, we endure mental rape every 2 years or so at a time to ensure that we still warrant that level of war pension.  Then we have to keep fighting for the treatment that we need ... and often end up hurt worse through the system's inability to provide the appropriate care that we need.

There are so many Veterans that don't even get past the first hoop with regards to their war pension, that don't get interviewed by an empathetic practitioner and are subjected to redicule.  They give up; the pain of the interview process isn't worth the repetition.

They're the ones we have to reach.  We have to educate the bad practitioners too ... and if necessary, take formal action to have them removed from that office.  This requires information to be collated and shared.  So if you're a veteran and have had a bad medical interview experience, start documenting it.  Do it here or do it on your own blog and place a link to it here.

It's time for the public to start helping Veterans .. but we have to give them the bullets.  Help them to help you.

That's partly what the exhibition's about ... reaching Veterans ... making them aware of people that can help them.  It's also about giving Veterans an idea of how creative arts may be able to help them cope with Post Traumatic Stress Disorder. 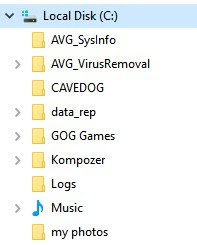 Backing up your images